Was born at an educational summer camp created by his parents in Cordoba, Argentina. He grew up at the time of dictatorship and by the age of 16, was a committed human rights and spiritual activist following his late father's example, Rabbi Marshall T. Meyer.

He worked in theater, film, and television as an actor, wrote in an underground magazine, and after a brief passage through Europe & UCLA theater department, left Argentina at age 22. 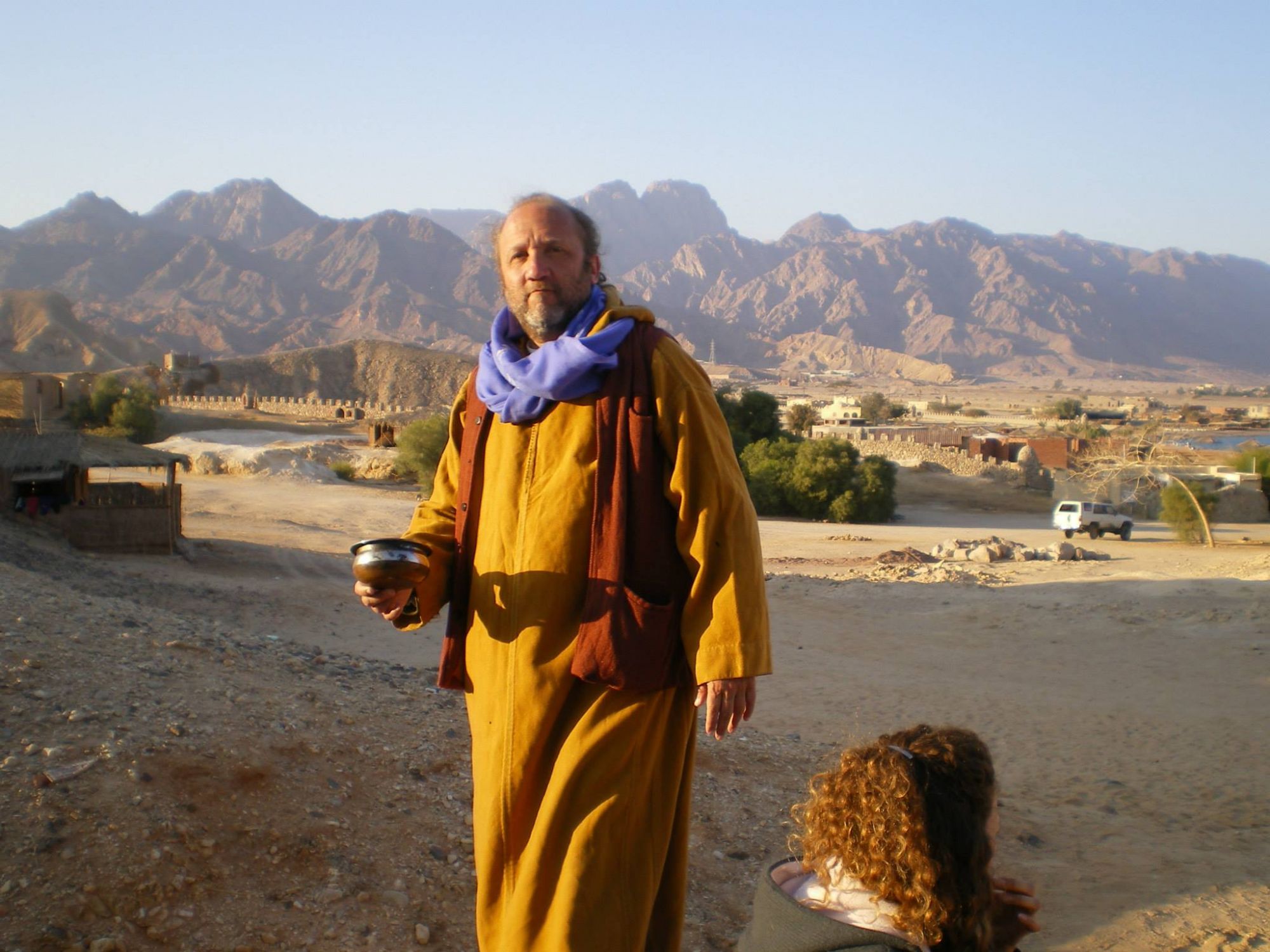 In 1993 he landed in Yaffo, Israel, and after passing through the ancient city of Acco, settled in the Galilean town of Amirim for 9 years. After five years at coastal Beyt Yanai, in 2010 built his home base in the Galilean mountain village, Hararit.

He was influenced through retreats and direct teachings by Native American Shamans & Elders. 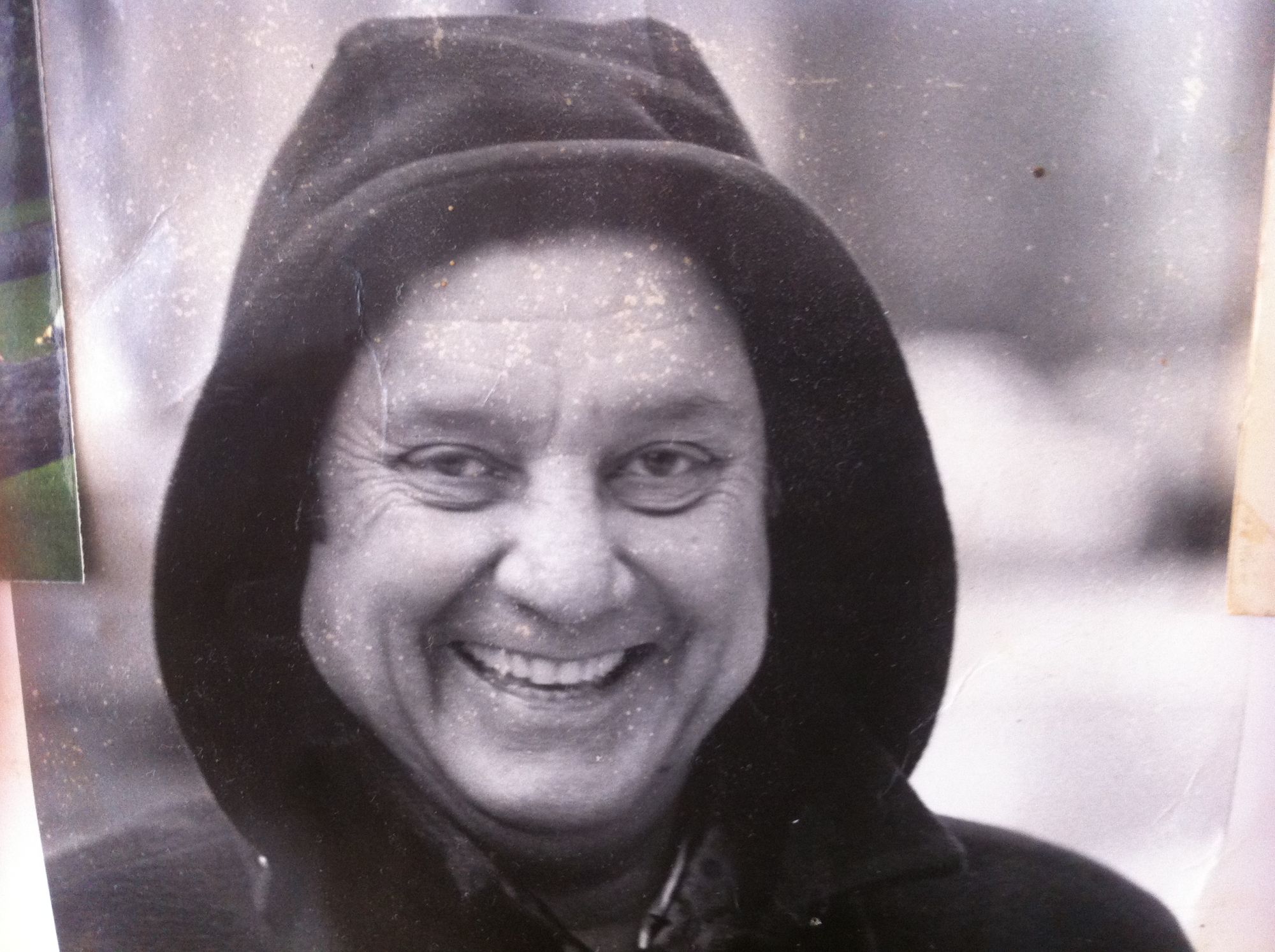 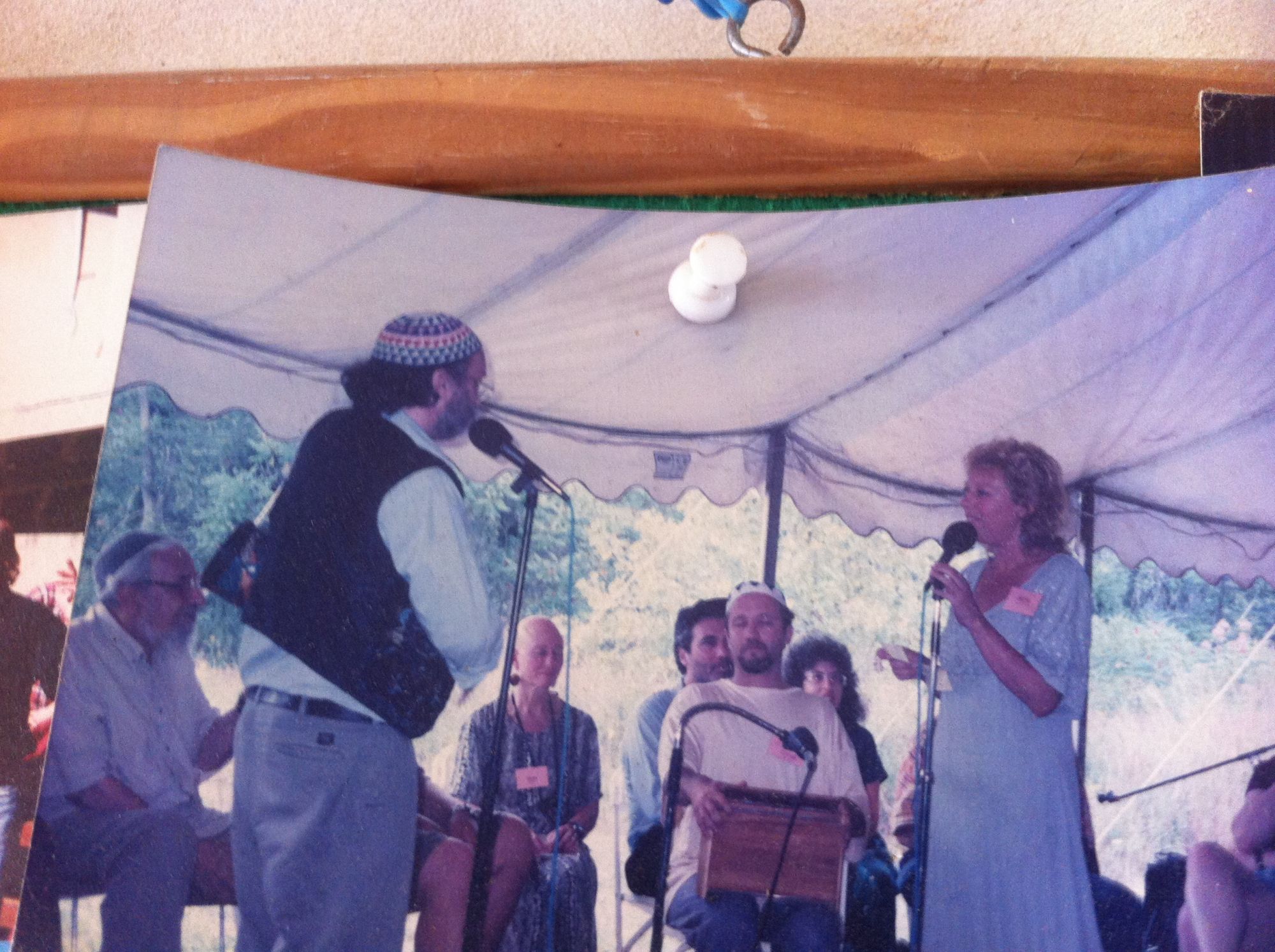 Created "The Hebrew Holyday Gatherings" (1997- 2001) for the Renewal and Resacralization of Israel. About 1000 participants of all ages took part in these seminal retreats interfacing the Hebrew calendar, Jewish ritual & wisdom with other spiritual paths. 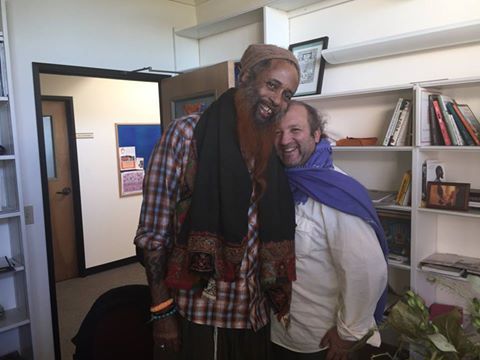 Ignited the "Peace Vigil" (2001) in Jerusalem together with Deborah Brous and Eliahu Maclean as a response to the beginning of the second intifada.

Gabriel was Initiated into the "order of disorder" of the Global Peacemaker Community (2001) in Tantur - Jerusalem - monastery by the founder of Zen Peacemakers, Zen Roshi Bernie Glassman.

Co - Founder of Sulha Peace Project (co-director 2001-2009) for the Reconciliation and Healing of the Children of Abraham - Arabs & Jews, Israelis & Palestinians - Building a wholistic peace paradigm through youth programs, Interfaith, education, and the arts. The Sulha was a grassroots peace project. Its' gatherings took place in Nature. Since its inception, The Sulha held its diverse programs for about 10000 participants, developing the culture of listening and coexistence.

Received (2003) honorary degree of "Visionary, Peacemaker and a true representative of the Jewish People towards other faiths", by Rabbi Zalman Schacter Shalomi. 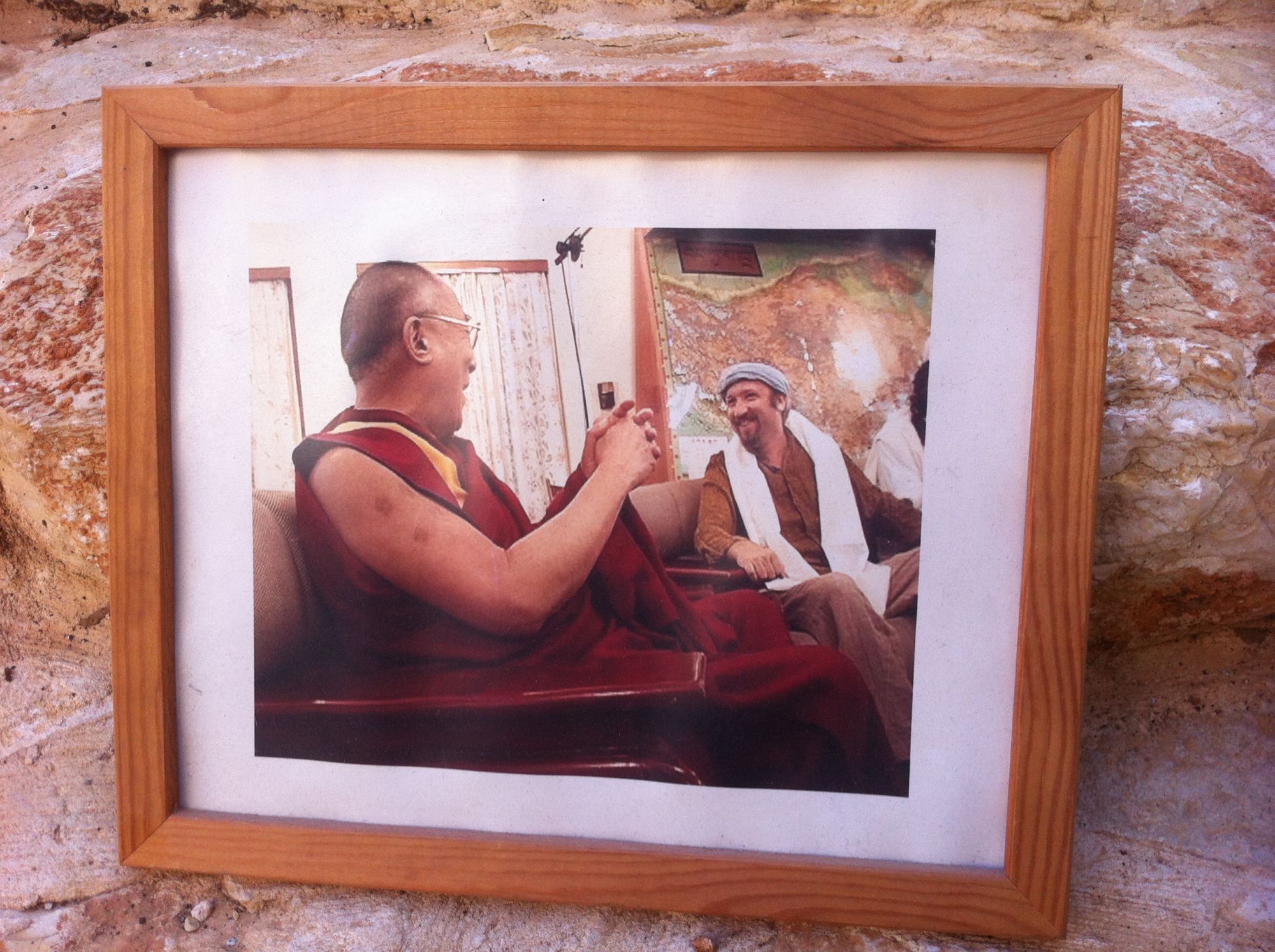 Gabriel co-initiated the Peace in the Middle East Rainbow Gathering, where Iranians, Israelis, Turks, middle easterners & internationals met in Nature, people to people devoid of any backing or ngo of any kind (2007- 2011).

He is a pioneer of Hebrew sacred music, Jewish & Interfaith ritual, and spirituality in Israel.  Gabriel serves as an ambassador of a renewed spirit of Israel, offering cutting edge culture of peace, music, education & healing rooted in the prophetic values of the Jewish People: justice (Tzedek tzedek tirdof: justice justice you shall pursue) & love (Veahavta lereacha kamocha: Love your neighbor as yourself) He embodies a holy, universal, playful & grounded spirit of renewal deeply needed in our times.

He has led rituals, concerts, and workshops with great success for thousands of people around the world (Israel, Europe, North, Central & South America, India, Australia & South Africa) in the past 20 years.

Gabriel was part of the "We Refuse to be Enemies Vision Camp" during the last Gaza War (2014) in Gush Etzion, at Ali Abu Awwad's land, initiated and supported by The Tamera Peace Research Village, where Palestinians, Israelis & internationals came together in nature to embody a new paradigm for peace. 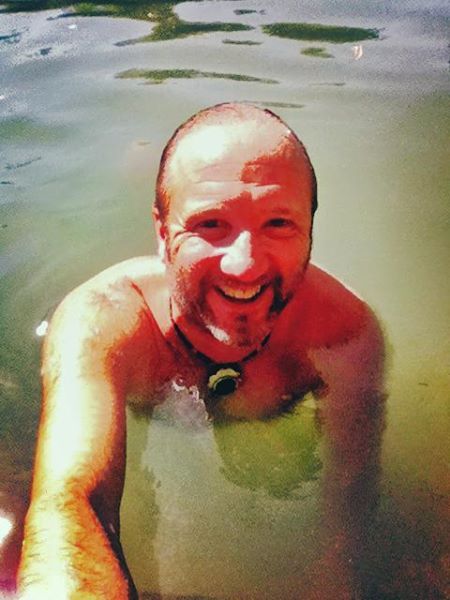 Gabriel is featured so far, in the following books:

1 - The Future of Faith by Harvey Cox

3 - Bridges Across an Impossible Divide by Marc Gopin

His music could be described as a worldbeat fusion - Sacred, heart, original songs, and prayers from around the world.

Gabriel's albums include Merkavah, Hateva - Skin of God - with Amen ensemble, SpiritIsreal, and his first Solo album: The Human Project. 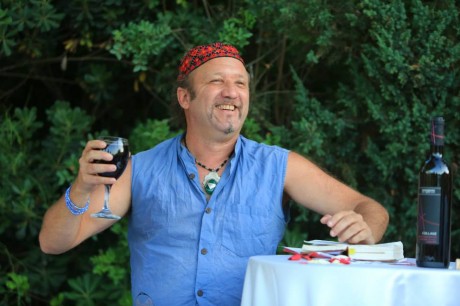 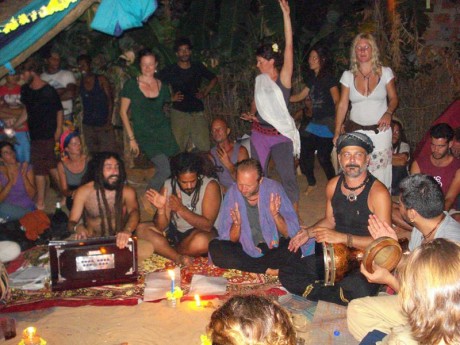 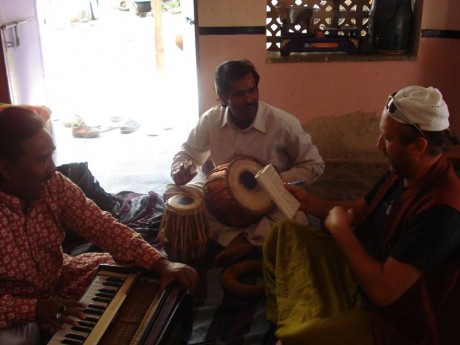